The only one of yesterday's games that was close turned out to be—bizarrely—Neutral Milk Hotel vs New Order, in which New Order hung in there gamely and kept it tight until bassist Peter Hook fouled out after throwing a punch at teammate Bernard Sumner and left not only the game but the band. Without his contributions, the remaining threesome pushed hard but couldn't quite get the shots to fall. Jeff Mangum & co will advance to play the surprising (14) The Church, who just crushed the oversensitive James, largely because of their effective use of the James Franco masks to camouflage their true intentions. 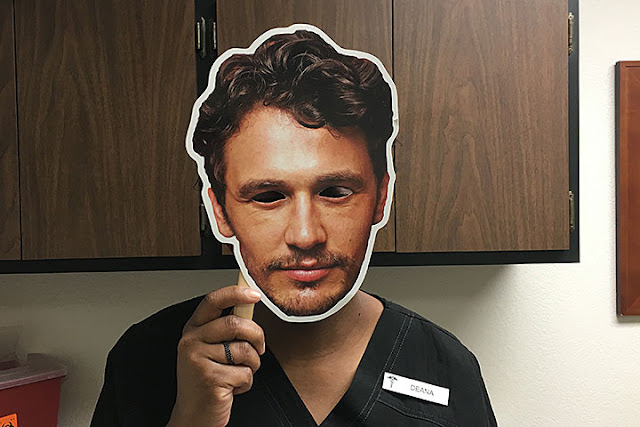 We don't know why this worked, but, flummoxed by this sudden James on James situation, James wilted. The Church moves on. No surprises in Sinead taking out Ride, but that's another shoegaze band bounced. And Jeff Buckley set the Smashing Pumpkins on fire and sang a song about it. One wonders if a different Pumpkins song would have fared better or met with the same fate. Well, that's a consideration for the comments.

Today we have fellow depressive addicts Elliott Smith vs The Replacements, a bizarro matchup between Kate Bush and Nirvana, the original versus the revisionist in Morrissey vs Gary Jules, and the surprising Top 40 vs the Jude the Obscure: Tracy Chapman vs the Eels. See you at the games.
Posted by Ander at 9:49 AM